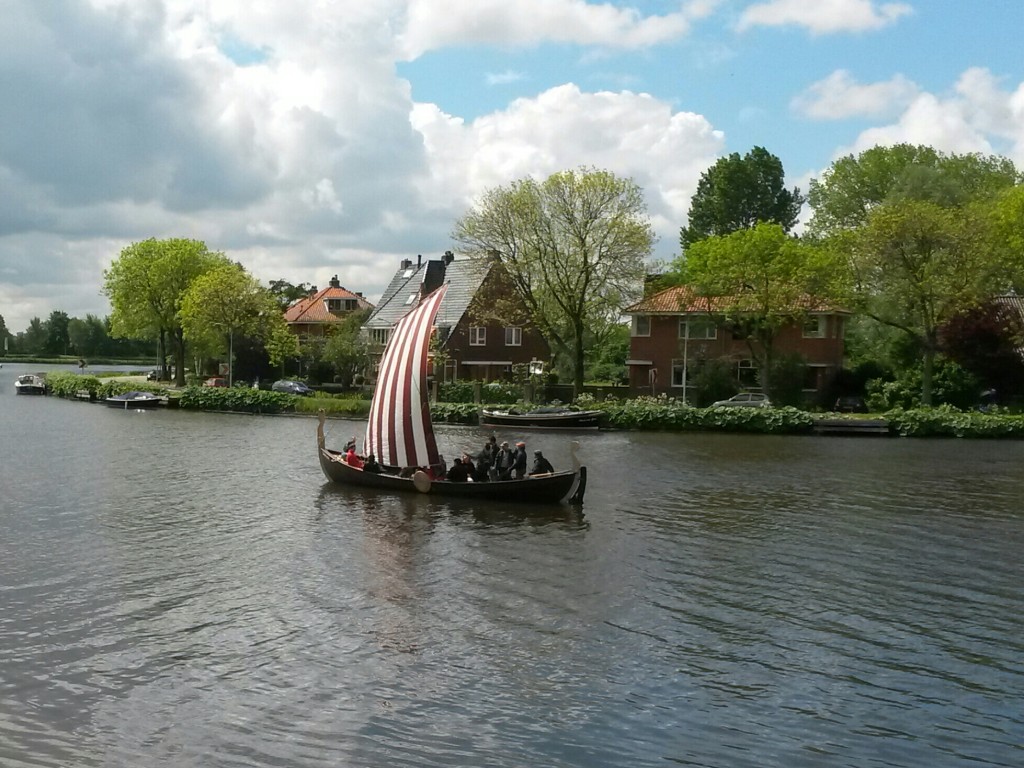 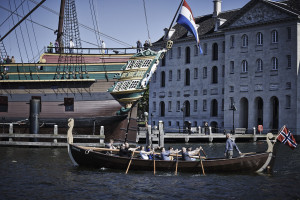 Since a couple of years  Amstelport has a unique activity in Amsterdam: Viking sailing. In a replica Viking ship for 12 people you will sail and rowed on the Amstel river. A unique experience in the Netherlands and a perfect team building.

The only location in the Neherlands where you can hire a Viking ship for business event, teambuilding session or party. Also possible to combine with other outdoor activities such as Archery battle up untill 80 persons. 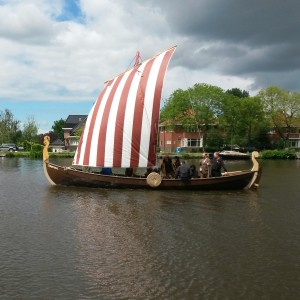 Viking ships were marine vessels of unique design, built by the Vikings during the Viking Age. The boat-types were quite varied, depending on what the ship was intended for,[1] but they were generally characterized as being slender and flexible boats, with symmetrical ends with true keel. They were clinker built, which is the overlapping of planks riveted together. Some might have had a dragon’s head or other circular object protruding from the bow and stern, for design, although this is only inferred from historical sources. Viking ships were not just used for their military prowess but for long-distance trade, exploration and colonization.[2][dubious – discuss]

In the literature, Viking ships are usually seen divided into two broad categories: merchant ships and warships. These categories are overlapping; some kinds of merchant ships, built for transporting cargo specifically, were also regularly deployed as warships. The majority of Viking ships were designed for sailing rivers, fjords and coastal waters, while a few types, such as the knarr, could navigate the open sea and even the ocean. The Viking ships ranged from the Baltic Sea to far from the Scandinavian homelands, to Iceland, the Faroe Islands, Greenland, Newfoundland, the Mediterranean, the Black Sea and Africa.